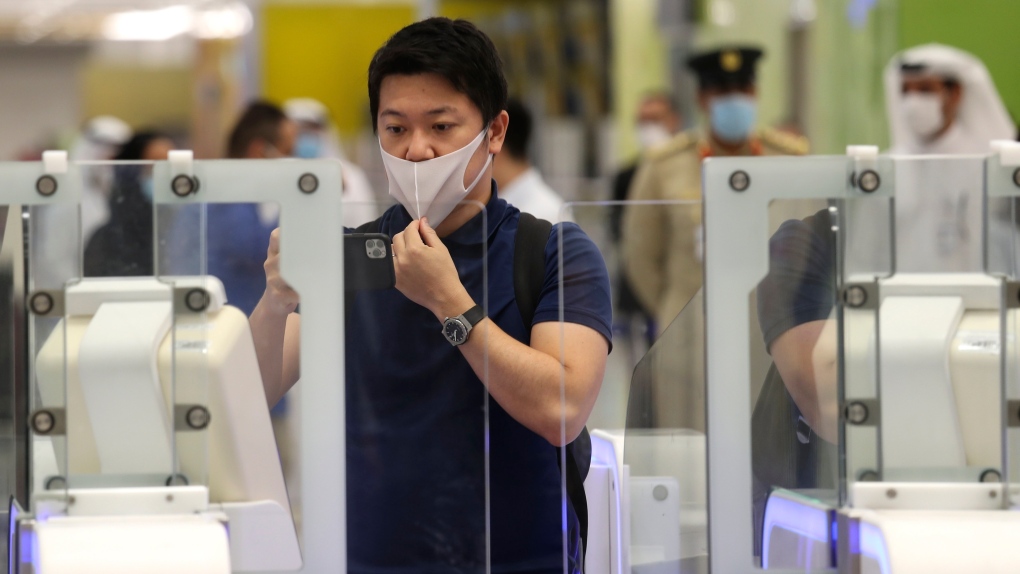 Budgets fueled by oil revenues and a relative lack of legacy systems offer distinct advantages to technology master planners. So, can the GCC leapfrog the West in AI adoption?

First time visitors to Saudi Arabia, the United Arab Emirates or any of the other Gulf Cooperation Council (GCC) states, cannot fail to be impressed by the pristine international airports, awe-inspiring highways and comprehensive digital government systems.

The region’s state-of-the-art infrastructure and ability to roll-out advanced technology owe much, not only to oil revenues but also to the lack of legacy infrastructure and systems. This has allowed the Gulf states to leap-frog and embrace new technologies faster than many countries in the West. Now they’re hoping to do the same with artificial intelligence, by embracing AI faster than anyone else.

If the past month’s news is anything to go by, the GCC has recently switched its adoption of emerging technologies up a gear.

Notably, amongst the many tech-related government announcements in March, the UAE last week revealed its new industrial development strategy, ‘Operation 300bn’.  The plan aims to create a new industrial ecosystem consisting primarily of high-tech and Fourth Industrial Revolution (4IR) ventures. The past five years have seen the Emirates push technological innovation to the top of the national agenda. The UAE was one of the first countries to announce a national AI strategy in 2017 and the primary motivation behind its widely publicised Mars Hope Probe is actually to help catalyse innovation at home.

‘Operation 300bn’, which aims to increase the industrial sector’s contribution to the UAE’s GDP from AED 133 billion ($36bn) to AED 300 billion ($82bn) by 2031, confirms the central position of an advanced technology agenda at the heart of the country’s policymaking.

Qatar and Saudi Arabia have also increased their 4IR focus during the past few years, with Saudi Arabia forming the Saudi Data and AI Authority (SDAIA) in 2019 and announcing its national AI strategy in October last year. This month Qatar signaled readiness to proceed with its own AI strategy, forming a new committee to help drive implementation.

Meanwhile, we’ve seen both public and private sectors increase the rate of adoption of AI and other emerging technologies, further accelerated by the onset of Covid-19.

This fast adoption is evidenced by news of some massive technology projects that we’ve heard about during the past few weeks.

DP World, Dubai’s multinational logistics and container terminal operator, has now implemented a fully-automated Terminal Operating System for one of its key container terminals in Jebel Ali Port. The home-developed system includes autonomous systems and remote control functionality for all of the facilities in the terminal.

In the energy sector, Aramco Trading Company, or ATC, which is responsible for transporting Saudi Aramco’s oil supplies to worldwide markets, and developer Maana have implemented an AI maritime fleet optimisation application purpose-built for the oil and gas industry. The application runs a digital twin of ATC’s global maritime operations, using AI to automatically optimise schedules across the fleet with a single click and offer scenarios and insights to aid planning.

There was also no shortage of smart city news this month, with Kuwait, Saudi Arabia and the UAE, in particular, forging ahead with initiatives to improve the lives of city residents, boost competitiveness and develop urban sustainability. Dubai International Airport’s use of iris scanner ID systems for automated passport control made headlines in February. This month, a Dubai 2040 Urban Master Plan was announced to leverage city planning and new technologies to create greater urban sustainability.

Abu Dhabi’s AI powerhouse Group 42 announced a new partnership with the UK’s Serco Group to develop AI and IoT solutions for facilities management and support the outsourcing company’s shift towards data-driven operations. We may well see the future impact of this partnership reach far beyond the Gulf.

In another Group 42-backed initiative announced this month, Abu Dhabi’s first public trial of driverless vehicle services will begin by the end of 2021. Initially, three autonomous vehicles will provide transport services to tourists and residents visiting the Yas Mall area, but the plan is to increase both the coverage and the number of AVs involved during 2022.

Quantum computing has already been identified as an area of opportunity by GCC states, with a number of quantum computing research groups being formed in universities in Qatar, Saudi Arabia and the United Arab Emirates.  This year, King Abdullah University of Science and Technology (KAUST) has been recruiting for a Professor of Devices for Quantum Technologies, who will ultimately lead the university’s efforts to build quantum devices.

However, in Abu Dhabi, the newly formed Technology Innovation Institute (TII) is already building its own quantum computer at its Quantum Research Centre, in collaboration with Barcelona-based deep-tech startup Qilimanjaro. TII is the applied research arm of the emirate’s Advanced Technology Research Council, which both formulates research policy and orchestrates projects, resources and funding.

It’s research and development ventures such as this that symbolise the latest dreams of Gulf policy-makers. Over the years, the Gulf states have proved to be astute buyers of advanced technology, while taking none of the risks necessary to develop innovation at home.

Today, along with ambitious policies to embrace emerging technologies, build smart cities and leverage AI, there is also now momentum behind policies that actively encourage home-grown technology development. The region’s nascent R&D sector has already become an early beneficiary of this policy shift and it’s a sector that the world can expect to hear much more from during the coming years. 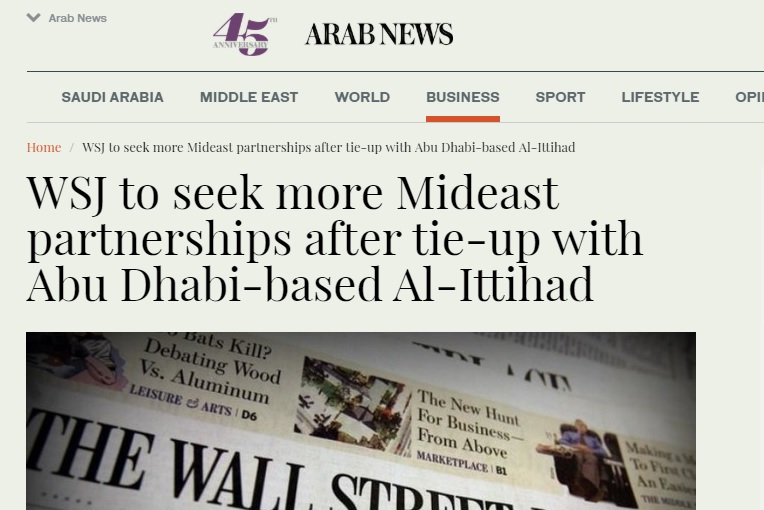 The Wall Street Journal (WSJ) is seeking more partnerships globally as it endeavours to create a sustainable digital business and a share of global online voice. In the Middle East, it signed a partnershipw with Abu Dhabi Media-owned publication Al-Ittihad.

The Arab News asked for my take on why WSJ is trying to develop such partnerships and I made the point that the paper will be counting on deals like this to help push their own digital platform in front of more new eyeballs globally.