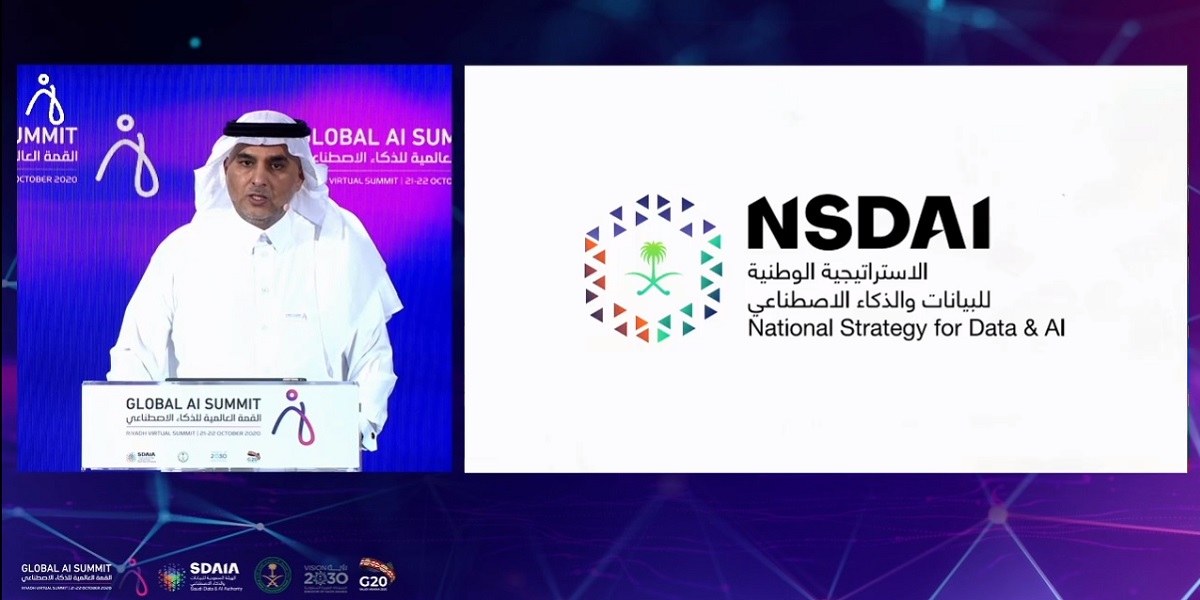 Dr. Abdullah bin Sharaf Al-Ghamdi, President of the Saudi Data and Artificial Intelligence Authority (SDAIA) today gave a brief introduction to some of the key goals of Saudi Arabia’s national AI strategy, now named the National Strategy for Data & AI (NSDAI). Speaking at the inaugural Global AI Summit, he advised that Saudi Arabia has set ambitious targets for its national AI strategy, including a goal of attracting $20 billion in investments by 2030, both in foreign direct investment (FDI) and local funding for data and artificial intelligence initiatives.

As detailed by Dr. Al-Ghamdi, the Kindgom aims to rank among the top 15 nations for AI by 2030, it will train 20,000 data and AI specialists and experts and it will grow an ecosystem of 300 active data and AI startups. He also urged participants in the virtual event to challenge themselves, to think and work together, and to shape the future of AI together for the good of humanity.

Formed last year, with a mandate to drive the national data and AI agenda, the SDAIA developed a national AI strategy which was approved by King Salman bin Abdulaziz Al Saud in August 2020. No details of the National Strategy for Data & AI were shared until today.

According to an official SDAIA statement, the NSDAI will roll-out a multi-phase plan that both addresses urgent requirements for the next five years and contributes to Vision 2030 strategic development goals. In the short term, the strategy will aim to accelerate the use of AI in education, energy, government, healthcare and mobility sectors.

Six strategic areas have been identified in the NSDAI:

Over the past year, SDAIA has established three specialised centres of expertise: the National Information Center, the National Data Management Office and the National Center for AI. It has also begun building perhaps the largest government data cloud in the region, merging 83 data centres owned by over 40 Saudi government bodies. More than 80 percent of government datasets have so far been consolidated under a national data bank.

The formation of the SDAIA follows the adoption of the government’s ‘ICT Strategy 2023‘ in 2018, which aims to transform the kingdom into a digital and technological powerhouse. The government identified technology as a key driver for its Vision 2030 blueprint for economic and social reform. Digitisation and artificial intelligence are seen as key enablers of the wide-ranging reforms.

More than fifty government officials and global AI leaders are speaking at this week’s Global AI Summit, which takes place today and tomorrow. The online event coincides with the year of Saudi’s presidency of the G20.

previousSaudi national artificial intelligence strategy to be launched in October

nextFive reasons your brand positioning may not be working for you