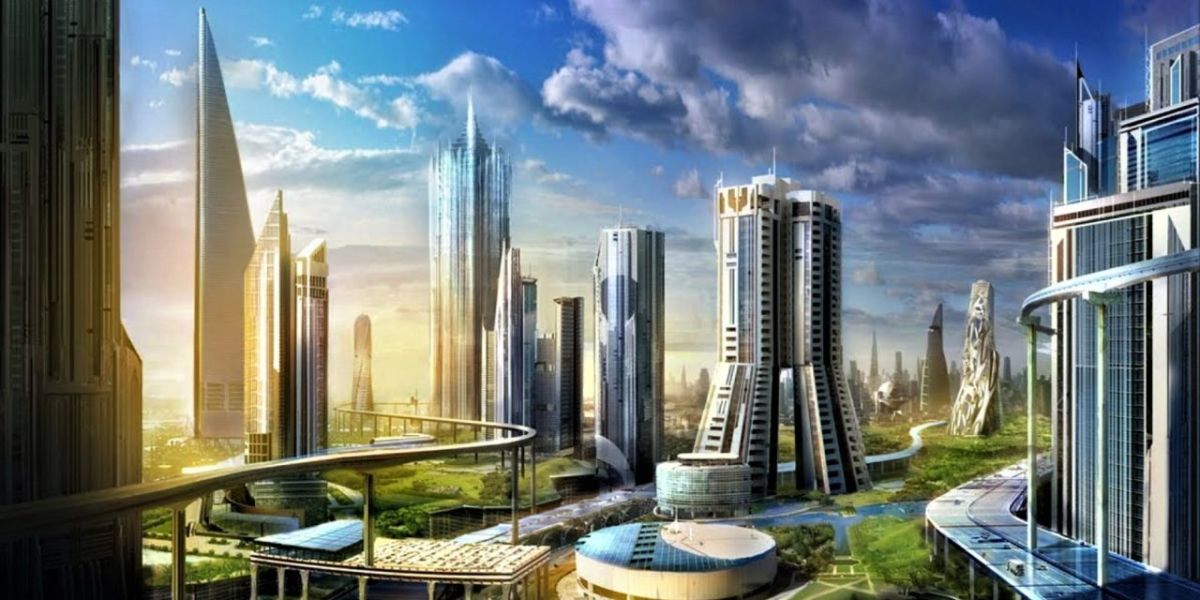 In October 2017, Saudi Arabia’s Saudi Crown Prince Mohammed bin Salman announced plans to build a $500 billion smart city of the future called NEOM and made headlines around the world. It’s a grand scheme to create an AI-driven city that crosses the borders of Egypt, Jordan and Saudi Arabia – and, mainly thanks to NEOM’s massive scale and expense, some have found the plan, simply, hard to believe.

However, that same year, with far less media coverage, Saudi also launched its nationwide smart cities programme, selecting 17 cities for digital transformation projects, with the support of $500 billion earmarked for modernising urban developments across the Kingdom. Although the largest of its kind in the Gulf, other government-planned smart city initiatives have already been set in motion in Bahrain, Kuwait, Qatar, Oman and the United Arab Emirates.

The Gulf states have always been big buyers of technology and one could describe today’s government digital transformation policies as fearless! The UAE, for example, has a history of enacting bold initiatives that, rightly or wrongly, would require many years of debate and review elsewhere. The race to embrace facial recognition technologies is one such area of digital policy and a key milestone in this month’s news is that residents of the Emirates can now use biometric facial recognition to access thousands of public services.

Naturally, the GCC’s affinity for new technology has made the region a fast-growing market for 5G, AI, blockchain, Edge and IoT technologies and the past month has had no shortage of commercial announcements from tech companies competing for a slice of the pie.

The buzz around the Gulf’s smart cities market

It’s no secret that partnerships are key to developing sustainable smart cities and these are being put in place at all levels across the Gulf.

Urban mobility is also seen with increased frequency in the Gulf’s news media. A Huawei exec was quoted recently as being bullish about the market for 5G-enabled self-driving cars in the Middle East and he’s not alone. In fact, overall, the interest in autonomous vehicles seems to have entered a new phase and signing up potential ecosystem partners has become a priority.

Dubai’s Roads and Transport Authority (RTA), which has a strategy to transform 25 percent of total trips within the city to driverless transport by the year 2030, just signed an MoU with the World Economic Forum related to its Safe Drive Initiative Framework (SafeDI Framework). This was also the month that Dubai’s Crown Prince H.H. Sheikh Hamdan Bin Mohammed Bin Rashid Al Maktoum confirmed that GM-backed autonomous vehicle company Cruise will supply the emirates’s robotaxi shuttles. Cruise could operate its Origin ride-sharing shuttles in Dubai as soon as 2023.

Robotics has been in use by major retailers and distributors in the GCC for some years for warehousing and stock control. Supermarket giant Carrefour has Tally robots (manufactured by Californian automation startup Simbe Robotics, Inc.) in use across eleven of its retail malls in the UAE, for auditing and stock control. Now the group has started to use robots for customer service, opening its first fully-automated store in Dubai Financial District last year, with app ordering and a robot delivery service.

The idea seems to be catching on and a number of retail automation projects are in various stages of development across the region. This month, national telecom operator Omantel announced plans to partner with Oman Oil Marketing Company to enable the first AI and IoT-powered smart store in the Sultanate of Oman.

The growing curiosity about robots has also given rise to a number of Robo-diners in Saudi Arabia and the UAE. ‘Restaurant Robot’, a new Asian restaurant in the southwestern Saudi port city of Jazan, recently made the local press. Conceived and run by a young female engineer, Reham Omar, the restaurant’s six waitress robots (manufactured by Chinese robotics firm CSJBOT) have proved to be quite a hit with diners.

Despite the region’s high spending on acquiring technology, the vast proportion of Gulf investment managed by large private investors, investment banks and sovereign wealth funds has historically gone into traditional investment assets such as bonds, equity and real estate. When tech has been a target, it has typically been the blue-chip stocks and certainly not new, unproven tech ventures. Today, the attitudes of both private investors and fund managers are changing rapidly. A Financial Times exclusive a few weeks ago revealed that Abu Dhabi’s sovereign wealth fund, Mubadala, is turning away from its roots and ramping up investments in technology, healthcare and disruptive industries.

Last year Mubadala announced that it was investing $2 billion in a 25-year strategy plan led by tech-focused private equity firm Silver Lake. Earlier this month, Silver Lake disclosed that it is investing about $800 million in Abu Dhabi AI and cloud computing company Group 42 (G42), in a sign of the private-equity firm’s deepening relationship with the emirate. The week afterward, Group 42 announced an AI and Big Data joint venture with Israel’s state-owned Rafael Advanced Defense Systems. Although this might look like a game of venture capital pass the parcel, the key takeaway is that big Gulf funds are now looking to new technology and global tech-focused funds are keen to partner with them.

Funding is also being used as a lever to bring research and development into the GCC. Abu Dhabi-based ADQ‘s Alpha Wave Incubation (AWI) fund invests in Asian startups on the condition that they establish an R&D operation in the city. This month, ADQ announced an investment in Indonesia-based edtech startup CoLearn’s $10 million Series A funding round. As a result, CoLearn is already hiring for its new Abu Dhabi-based R&D team.

Lastly, if you are curious to learn more about the UAE’s National AI Strategy, I can recommend watching this new video of the Minister of State for Artificial Intelligence, Digital Economy and Remote Work Applications, H.E. Omar Sultan AlOlama who presents a concise overview of the country’s strategy and its implementation.