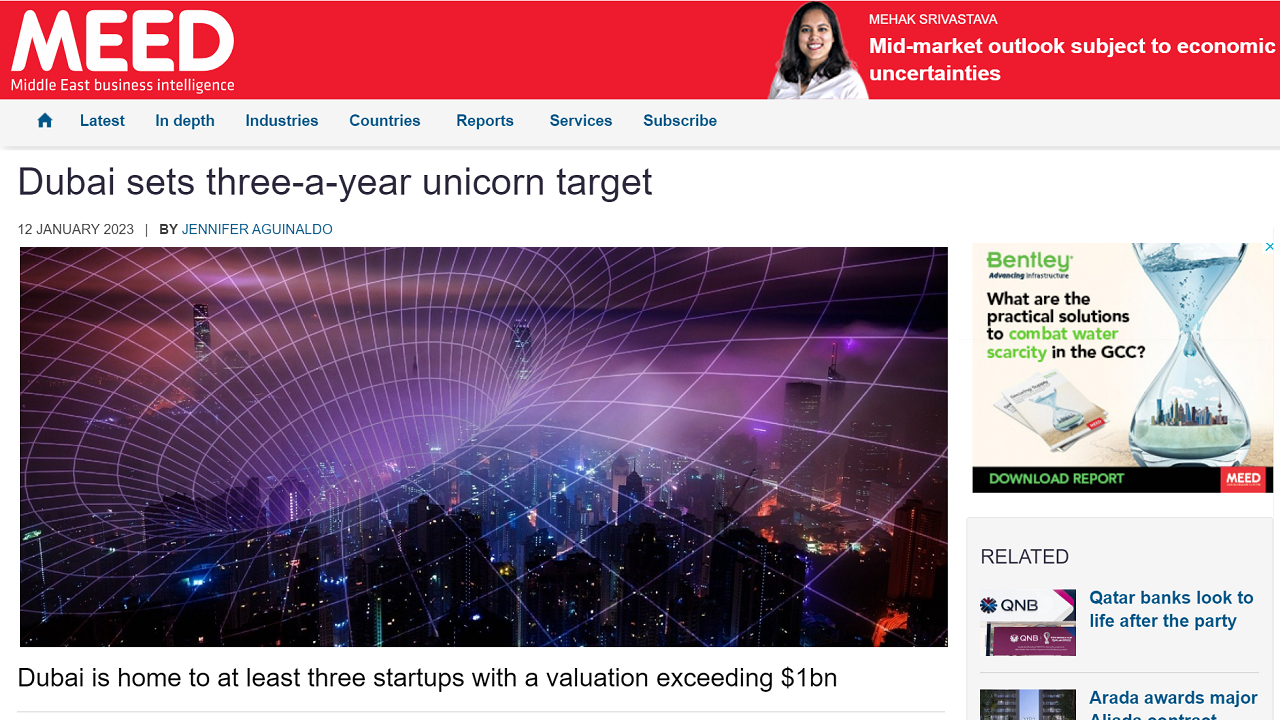 I was asked by MEED, a leading Middle East business intelligence service, to comment on whether it is possible for Dubai to create a unicorn almost every year and how this might be achieved..

Dubai has never been afraid of setting bold goals and has gained a reputation for meeting them, more often than not. However, creating 30 companies valued at $1 billion in just 10 years? Is that possible?

Globally, unicorn startups tend to be early movers in the biggest new tech sectors. To become a unicorn startups must find a way of tapping into or creating a new fast growing market that will make an impact on a global scale. Such startups are formed by risk-takers that are able to scale their companies very quickly, and that can attract enough venture capital funding to make that possible.

A big plus in Dubai’s favour is that it has been actively seeking out and targeting the most promising future economy sectors and building programmes into its economic plans. Recent initiatives aim to encourage new, fast growing companies in artificial intelligence, robotics cryptocurrency, blockchain and metaverse technologies. It is early days, but sectors such as these are among the world’s fastest growing.

The city also provides an evironment where international businesses thrive, located at the crossroads of Africa. Asia and Europe, with world class business facilities. Dubai was recently ranked first regionally and fifth worldwide in the World’s Best Cities report 2023, which ranked the best global cities to live, work, invest and visit.

“Venture capital in the region has always concentrated on the near term, forcing deep technology (deep tech) startups to leave the Middle East in order to get funding. Dubai will need to attract investors that have both the vision and the expertise to invest in deep tech.”

So, Dubai is ideally located to target some of the fastest growing regions of the world. has a reputation for entrepreneurship and is a great place to live, work and invest. So, what’s missing?

In my mind, the missing piece of the puzzle could be the venture capital to fund the type of cutting-edge startups that will become unicorns. The Middle East region has always been a little conservative when it comes to investing in tech ventures. Although things are changing fast, it is often the most forward-thinking startups that are passed over by VCs in the region. To support a volume of startups in the world’s fastest growing new tech sectors, Dubai will need to encourage the investors that are focusing on those new sectors too.

If you are a MEED subscriber, you can read Jennifer Aguinaldo’s full article here.