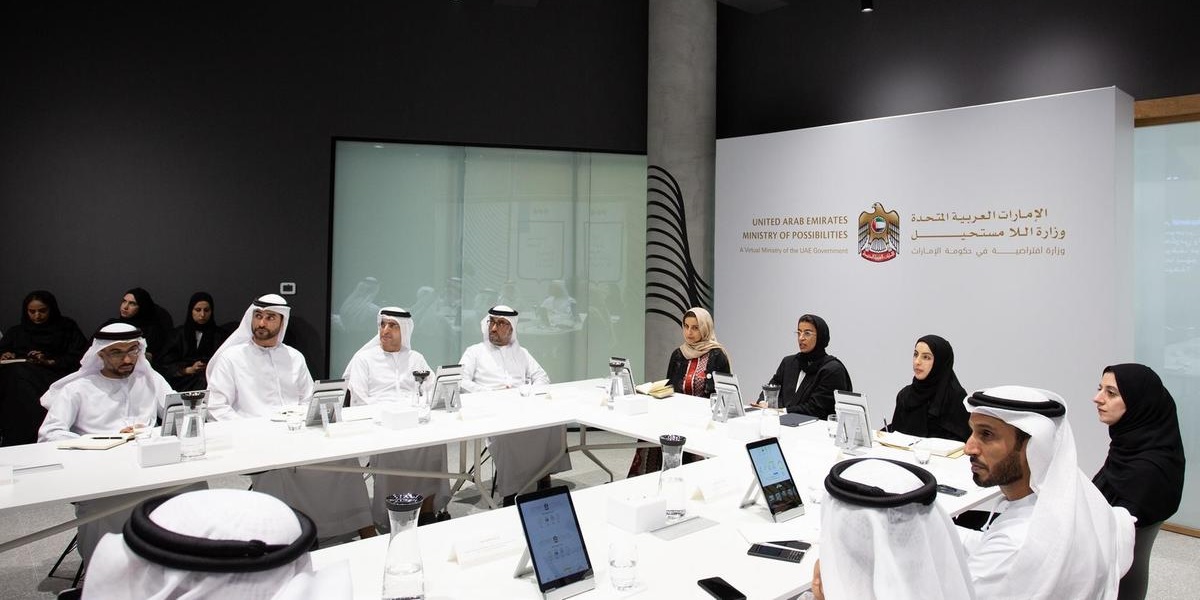 The UAE is developing a sophisticated and far-reaching range of initiatives to attract 21st century skills.

In 2015, Klaus Schwab, the executive chairman of the World Economic Forum, coined the term ‘Fourth Industrial Revolution’ to describe our connected industrial society and its increasing reliance on intelligent information systems.

As with previous industrial periods, this revolution will have a profound impact on our world, not least of all changing the nature of work and our relationship with it. However, in the short term, many of the dynamics will appear familiar, such as the increasing demand for specialist skills that serve new, upcoming industries and the competition among employers to hire those skills.

His Highness Sheikh Mohammad Bin Rashid Al Maktoum, Vice President and Prime Minister of the UAE and Ruler of Dubai, on Sunday launched two new initiatives supporting the National AI Strategy to build capacity in AI talent. Announced at a retreat organised for AI experts by the National Programme for Artificial Intelligence, the new initiatives are part of a far-reaching policy to ensure the long-term availability of talent at many levels, to help ensure the country’s competitiveness in the Fourth Industrial Revolution.

In light of fierce global competition among nations for leadership positions in the Fourth Industrial Revolution and the fluid state of the global AI talent pool, winning our new talent wars will require more than simply outbidding competitors. Today’s policymakers must recognise that they need to attract both home-grown and international talent, leverage human resources that are located around the world and create ways of building long-term relationships that will continue to support the availability of talent. It’s all about building talent ecosystems, rather than simply planning to acquire more people with the right skills.

The UAE government recognised the scale of the talent challenge early on and has been developing a wide range of initiatives to attract, train and develop talent, nationally, regionally across the Arab world and globally.

But what did the previous industrial revolutions teach us? The workforce requirements of the first three changed our planet forever. In pre-industrial societies, more than 80 per cent of the population lived in rural areas. Drawn by the promise of jobs in new industries, people flocked from the countryside to towns and cities. By the year 1850, more people in the United Kingdom lived in cities than rural areas and by 1920, a majority of Americans lived in cities, too. The mass movement of people resulted in far-reaching economic, geographic and social changes that have made our world what it is today.

The changes that the Fourth Industrial Revolution will bring are also destined to shape the future of human existence. Artificial intelligence is set to transform the nature of nearly every single one of today’s existing jobs, eliminate job roles that currently employ millions of people and create millions of new jobs, including many roles that have not yet even been imagined. Furthermore, the pace of change is accelerating, powered by faster technology development and so putting more pressure on business, economic, political and government systems than ever before.

Critically, for the global competitiveness of both business and nations themselves, the supply of talent to fuel the development and implementation of artificial intelligence systems is in short supply. It’s a highly dynamic pool of talent that is changing rapidly, following different rules to past waves of tech-related talent and it includes people that are more independent of industry and location.

At a UAE government level, an AI Programme has been created in partnership with Kellogg College at Oxford University to train UAE nationals and help them accelerate the delivery of the national AI strategy. The first batch of 94 participants graduated in April 2019.

On a regional level, the One Million Arab Coders programme launched in 2017 incentivises Arab youth at large to acquire new skills, graduating 22,000 programmers in its first year. In 2019, several new modules were added to the curricular, including an ‘Introduction to AI’ module. The UAE also launched a One Million Jordanian Coders’ Initiative in Jordan and a One Million Uzbek Coders’ initiative in Uzbekistan.

Meanwhile, in the country’s tertiary education system, a number of AI education programmes, degree courses and research centres have been introduced to UAE colleges and universities over the past couple of years. In October, the UAE announced the world’s first graduate AI university — Mohamed bin Zayed University of Artificial Intelligence. The research-based academic institution offers fully paid scholarships for masters and PhD courses starting September 2020.

The two new initiatives launched this week add further appeal to aspiring AI talent. The AI Talent Hunt programme will create an AI laboratory drawing together national and global expertise to solve real world issues, while a competitive AI Challenge Programme will be rolled out in partnership with Microsoft.

In the race to attract 21st century skills, the UAE is already engaging talent at multiple levels and has begun to build a reputation as an enabler of talent, rather than simply a destination. This effort, combined with its goals to become a global hub for AI research and entrepreneurism, could well encourage much sought-after talent to stay in the UAE, or, at least, keep coming back.

This story was first published on The National