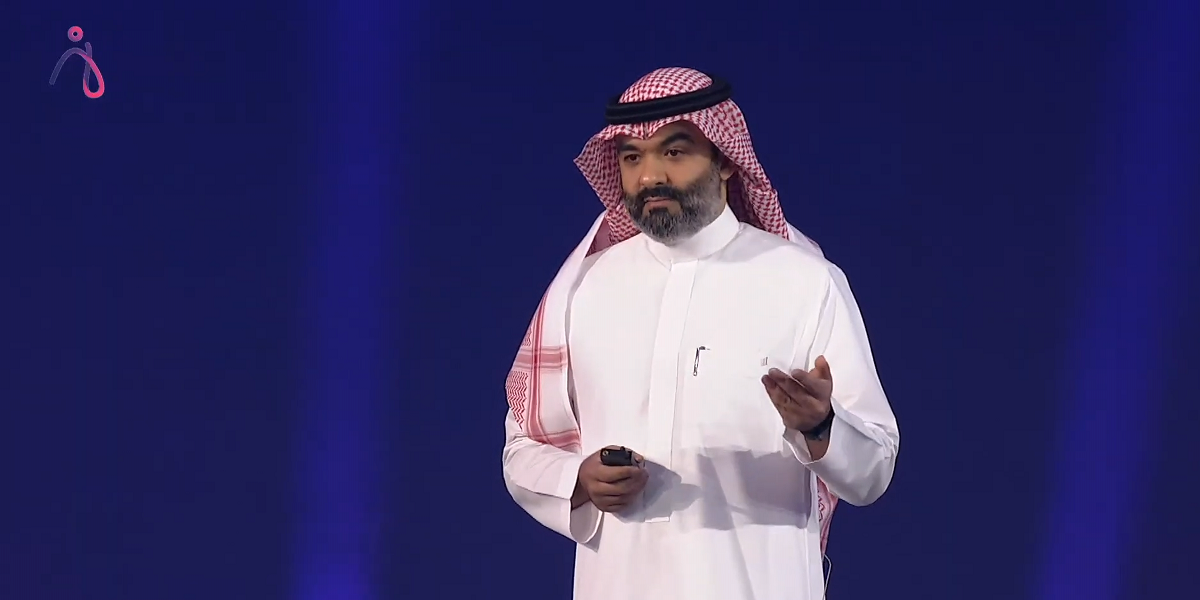 The Global AI Summit 2022 brought together thousands of business leaders, policymakers and technology experts in Riyadh this week. Organised by the Saudi Data and Artificial Intelligence Authority, or SDAIA, under the theme of ‘Artificial intelligence for the good of humanity’, the event showcased the breadth and depth of the Kingdom’s National Strategy for Data and AI.

This week saw the second edition of the Global AI Summit took place in Riyadh (September 13th – 15th), bringing together a world-class roster of speakers with thousands of influential delegates under the theme of ‘Artificial intelligence for the good of humanity’.

Some may be quick to dismiss such conference themes for being a little too ambitious, or perhaps not representative of the conference content itself (often speakers at these things end up talking about what they want to talk about, regardless of any theme). However, this week’s Summit seemed to truly serve its stated purpose!

At the same time, the event gave us a glimpse of how the Kingdom’s National Strategy for Data & AI – which was officially launched at the first Global AI Summit in 2020 – is beginning to affect all aspects of Saudi Arabia’s public and private sectors, society and culture, education, R&D and policymaking.

For those close to the Kingdom’s data and AI initiatives, a lot of what was shared was perhaps already common knowledge. However, the Summit clearly went to great lengths to create a platform to engage decision makers and policymakers from across all sectors of business, government and society. Government departments, Saudi businesses and global technology firms were able to showcase a wide range of data and AI projects, many of which have been fast-tracked to begin delivering results at the earliest point possible.

Under the ‘for the good of humanity’ theme, the Summit also gave the government the opportunity to show that it is striving to ensure policymaking takes into account all aspects of local society and positions the Kingdom as a desirable partner for global organisations, businesses, plus other sovereign nations that want to embrace digital transformation.

Alongside the big deals such as SCAI‘s investment in a $207 million SenseTime Middle East and Africa joint venture, and Saudi Aramco‘s new $250 million ‘Global AI Corridor’ initiative, the government announced a new partnership with the I.T.U. to develop a new Global AI Readiness Framework, and that it was joining The World Bank’s Digital Development Partnership (DDP), which helps developing countries leverage digital innovations.

Was the Global AI Summit a big public relations exercise then? Well, of course it was, and by many accounts, a very successful one. However, it is the carefully curated content and discussion of the Summit that made it especially meaningful to the national AI strategy’s broad objectives and to other nations trying to reap the benefits of AI.

When one considers that the organiser of the conference, the Saudi Data and AI Authority (SDAIA) was first formed just three years ago and that the National Strategy for Data & AI was approved by the Saudi King little more than two years ago, the progress made since, is quite astonishing. The speed and effectiveness of government digital transformation programmes, not to mention the enormous investment in digital infrastructure, has also inspired Saudi businesses to ‘step up to the plate’.

Equally impressive is the public support that AI has in the Kingdom of Saudi Arabia. It may come as no surprise that, in sync with many countries worldwide, 77 per cent of Saudi Arabia’s government IT decision-makers are prioritising AI (Yougov/SAP 2022). Afterall, this is becoming the norm.

What is more unexpected is the level of support for AI technologies amongst the Saudi public. According to a World Economic Forum survey conducted by Ipsos at the end of last year, some 80 per cent of respondents from the Kingdom expected AI to change their lives, compared with less than half of respondents from Canada, Germany, France, the U.K., or from the U.S.

‘Artificial intelligence for the good of humanity’ becomes all the more meaningful, when your whole country is engaged in the objective.

This article was first posted in my weekly Middle East AI News on Linkedin.

previousGCC tech in 2022: another big year for innovation?