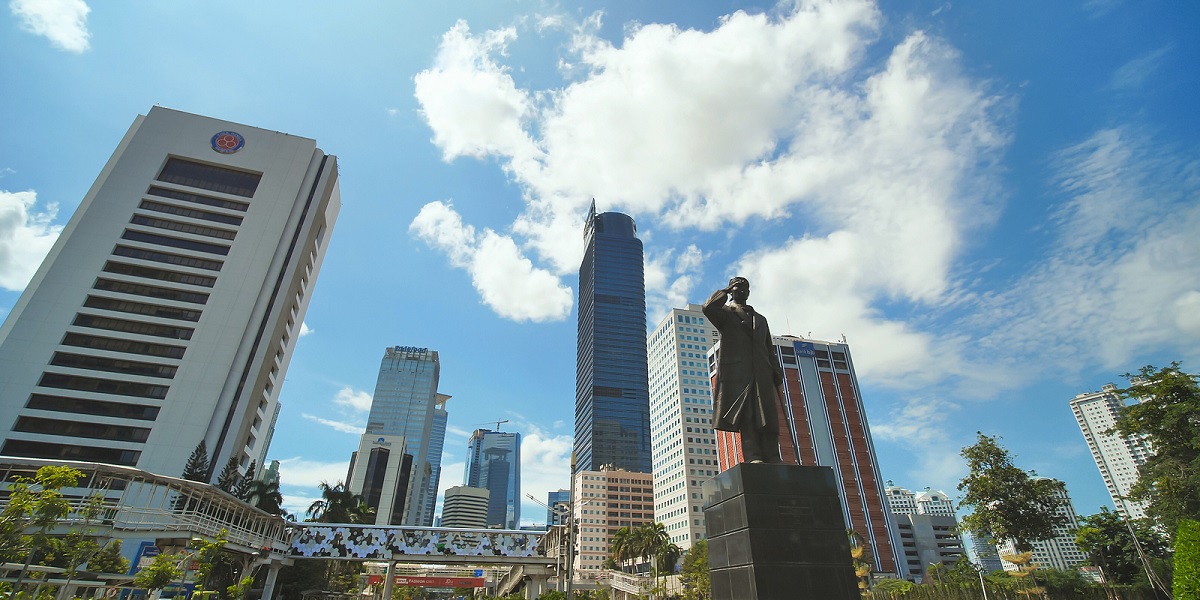 The Indonesia National AI Strategy, now known as Stranas K.A. (Strategi Nasional Kecerdasan Artifisial), has been published. The new strategy was announced by the Minister of Research and Technology and head of the BRIN (the National Research and Innovation Agency) Bambang PS Brodjonegoro in an television address made last Monday to mark the country’s 25th National Technology Awakening Day. The minister also launched an electronic innovation catalogue, helping Indonesian technology developers to market their offerings and sell to government procurement offices.

Transforming Indonesia into a Fourth Industrial Revolution economy has become focus for the government over the past few years and the necessity of creating a digital-savvy workforce has become a top priority. Stranas K.A. aims to tie together many of the country’s digital initiatives and maps closely to Visi Indonesia 2045, the country’s broad economic, social, governance and technology development strategy. The National Artificial Intelligence Strategy Framework provides an at-a-glance view of how these different goals are held in context.

Stranas K.A. aims to support five national priorities, where the government believes that artificial intelligence could have the biggest impact on national progress and outcomes. 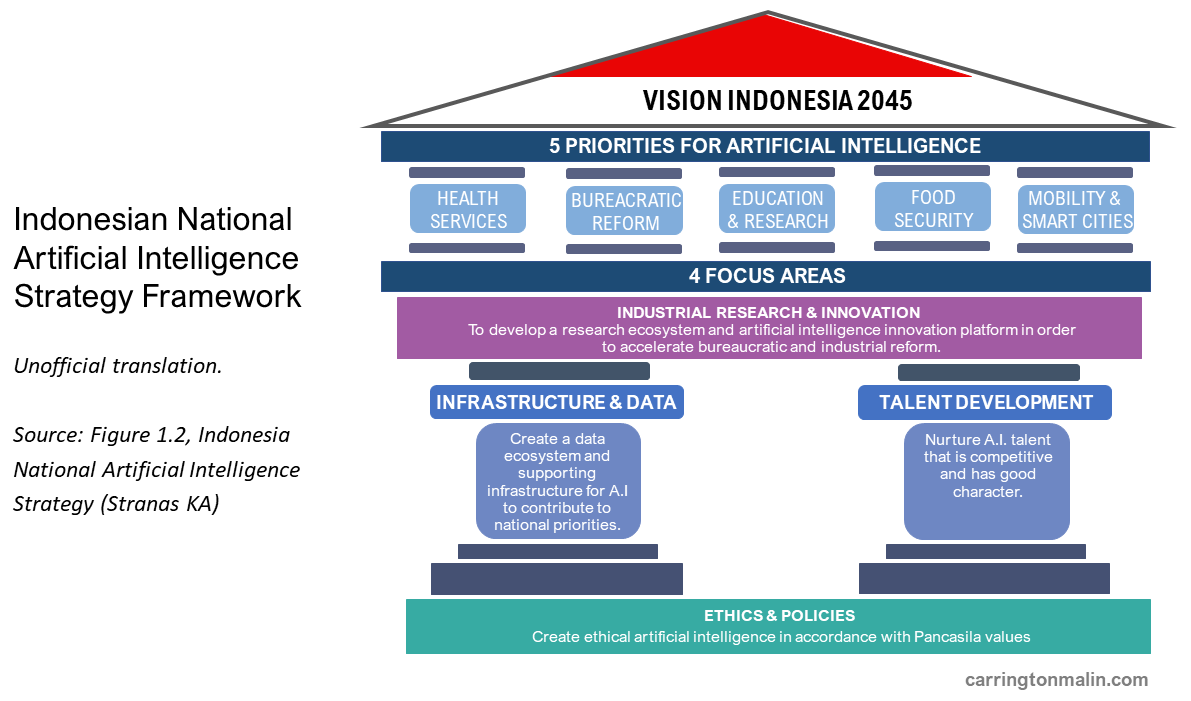 Smart cities, one of Stranas K.A.’s five top priority areas, have been identified as a fundamental building block for Indonesia’s Industry 4.0 future. Last year President Widodo announced plans to create a new futuristic smart city capital on the island of Borneo, to replace Jakarta. The new capital will rely heavily on sustainable smart city systems, cleantech and infrastructure run by emerging technologies such as 5G, AI and IoT (Internet of Things). Originally slated for completion by 2024 (pre-pandemic) and estimated to cost $33 billion, the project reportedly received an offer by Japanese multinational investor SoftBank Group to invest up to $40 billion.

Underpinning the acceleration of Indonesia’s artificial intelligence journey, Stranas K.A. includes plans for national standards, regulations and an ethics board to ensure that usage of AI is in accordance with the country’s Pancasila values system.

Although many of the programmes and initiatives detailed in the Indonesia National AI Strategy can be found in existing government strategies, plans and policy, Stranas K.A. is nevertheless highly ambitious. The success of the overall plan will likely rest heavily on how many of the foundation programmes it is able to get off the ground during the next 4-5 years.

nextArtificial intelligence in the Middle East